The 2017 PopUp project was like none we’ve done before – instead of lasting for a day or weekend, it lasted for 2 months! We converted a parking lot into a community space with a stage, seating, shade structures, a dog pool, and space for vendors.  It was located in North Little Rock’s downtown Argenta neighborhood between 4th Street and the Argenta Branch Library.

Our big reveal was on Friday, July 21st, during the monthly Argenta Art Walk.  We’ll featured live performances on the stage (including Joshua Asante of Amasa Hines), food trucks, Etsy vendors, and artists.

This space remained open for public use for 2 months after the July 21st launch. The PopUp team also hosted events in the space for the Argenta Art Walks in August and September on the 3rd Friday of each month.  Additionally, the site was host to the weekly farmers market and other community events. 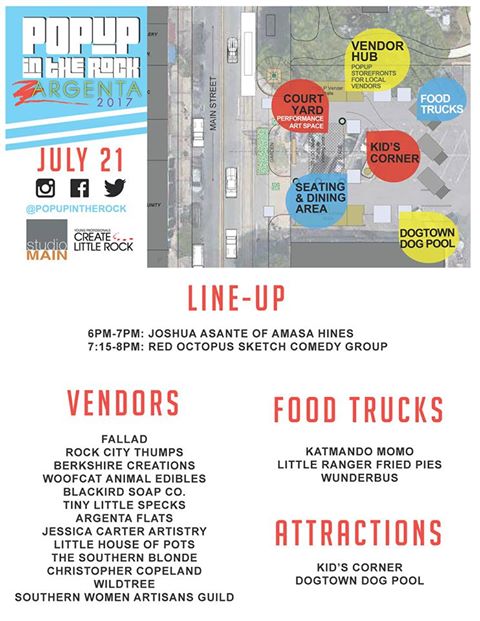